SurreyLibraries_Reads
Surrey Libraries
Staff-created list
SurreyLibraries_Reads - Remembrance Day is commemorated on November 11th each year and marks the end of World War I in 1918. It may also be commonly known as Armistice Day. The intention of the day is to remember the fallen on both sides in the 'Great War'. In Canada, Remembrance Day is a public holiday and federal statutory holiday, as well as a statutory holiday in all three territories and in six of the ten provinces. On Remembrance Day, Canadians pause to honour the men and women who have served and continue to serve Canada during times of war, conflict, and peace. More than 2,300,000 Canadians have served and more than 118,000 made the ultimate sacrifice. The poppy is the symbol of Remembrance Day. In the run-up to Remembrance Day, replica poppies are sold by the Royal Canadian Legion to provide assistance to veterans. The reason that the poppy is worn for Remembrance Day is due to a Canadian physician and poet who noticed how quickly poppies had grown over the graves of soldiers who had died during the Battle of Ypres. This symbolism of the blood-red flowers was beautifully captured by Lieutenant Colonel John McCrae in his 1915 poem “In Flanders Fields.” The poem was apparently discarded by McCrae but was found by soldiers who sent it to a London-based magazine named Punch. November 11th marks the signing of the armistice (peace agreement) between the Allies and Germany at Compiègne, France. The armistice took effect at eleven o'clock in the morning - the "eleventh hour of the eleventh day of the eleventh month."
By: 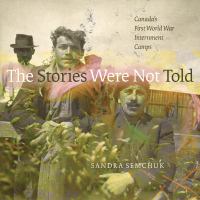 Every Man A Hero
A Memoir of D-Day, the First Wave at Omaha Beach, and A World at War
by Lambert, Ray

A Woman of No Importance
The Untold Story of the American Spy Who Helped Win World War II
by Purnell, Sonia

The First Wave
The D-Day Warriors Who Led the Way to Victory in World War II
by Kershaw, Alex

Code Name: Lise
The True Story of the Woman Who Became WWII's Most Highly Decorated Spy
by Loftis, Larry

The Ghost Ships of Archangel
The Arctic Voyage That Defied the Nazis
by Geroux, William

Seven Days in Hell
Canada's Battle for Normandy and the Rise of the Black Watch Snipers
by O'Keefe, David R.

D-Day Girls
The Spies Who Armed the Resistance, Sabotaged the Nazis, and Helped Win World War II
by Rose, Sarah

A German Officer in Occupied Paris
The War Journals, 1941-1945 : Including "Notes From the Caucasus" and "Kirchhorst Diaries"
by Jünger, Ernst

Spearhead
An American Tank Gunner, His Enemy, and A Collision of Lives in World War II
by Makos, Adam

The Volunteer
One Man, An Underground Army, and the Secret Mission to Destroy Auschwitz
by Fairweather, Jack

Canadian Battlefields of the Second World War
Dieppe, D-Day, & the Battle of Normandy : A Visitor's Guide
by Copp, J. T. 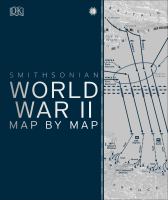 No Place to Lay One's Head
by Frenkel, Françoise

Triumph at Imphal-Kohima
How the Indian Army Finally Stopped the Japanese Juggernaut
by Callahan, Raymond

Too Young to Die
Canada's Boy Soldiers, Sailors and Airmen in the Second World War
by Boileau, John

India at War
The Subcontinent and the Second World War
by Khan, Yasmin

No Better Friend
One Man, One Dog, and Their Extraordinary Story of Courage and Survival in WWII
by Weintraub, Robert

Farthest Field
An Indian Story of the Second World War
by Karnad, Raghu